In the Great Green Room: The Brilliant and Bold Life of Margaret Wise Brown by Amy Gary

The life of Margaret Wise Brown, known especially for writing the children’s classics Goodnight Moon and the Runaway Bunny, is the subject of Amy Gary’s new book.  Gary discovered a trunk full of letters, poems, songs and manuscripts by Brown in Brown’s sister Roberta’s attic, and spent years cataloging and studying them.  What she learned paints a broader picture of this famous children’s author, and certainly widened my lense.

Brown was born into a life of privilege, and attended prestigious boarding schools before enrolling at Hollins College in Virginia.  At Hollins, her academic success was minimal and she ended up leaving.  She entered the new field of children’s publishing, writing and editing children’s books in New York.  I really did not realize the extent to which she was involved in publishing, and that she was a prolific author under a variety of pseudonyms.  She was not a fan of children, but what she  learned about their development and psychology, as well as testing stories on children she knew, created a knowledge base that made her a successful author and editor.  There was some great information about these earlier years in publishing for children, and the history of Golden Books.  I also loved her ties to Maine and to Vinalhaven.

Brown’s love life was not what I imagined for such a talented children’s author.  It was complicated but exciting, and Brown rarely fell for people who were available and loved her.  Prominent in this book were her relationships with William Gaston, a fisherman from Vinalhaven, Michael Strange (pseudonym for poet and actress Blanche Oelrichs and ex-wife of John Barrymore) and James Rockefeller.

In the Great Green Room reads like historical fiction.  As a true biography, I think you have to take its message in total.  Maybe a third of the way in I felt like too much was being skipped over, but by the end, I had a few good takeaways and a more thorough picture of the person Margaret Wise Brown was:  passionate, creative, talented, strong, self-assured. 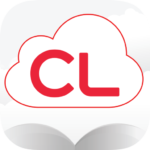