I dropped my daughter off at college for her second year, and visited with friends and family who live away and was reminded of how terrible I am with goodbyes.  As a child, I cried in the back of the station wagon until Massachusetts when we left our cousins after a visit;  my farewells still have waterworks!  So…it should be no surprise that lately I have not wanted to say good by to my fave fictitious femmes.  I am really into the “series” read.  Do you find an author or character you like and churn through their books, one after another, wishing the book had just a few more pages?  I’ve discovered and written about a few series this summer, ending with a promise to get my hands on their next book.  Here are some of my follow-ups: Solitaire is the 5th book in the Clare Vine series, and we find our heroine’s presence is requested at the office of the Propaganda Minister, Joseph Goebbels.  Goebbels wants Clara to spy for the Germans, and idea abhorrent to Clara until she sees this role as an escape route to London.  Privately reeling from heartbreaking loss, Clara may not have enough wits about her for this challenge…or does she?  A cracker jack follow up…and it takes place in 1940 so I hope there will be more books in this series!

Miss Constance Kopp is back at the Hackensack jail in this third novel in the Kopp Sisters series by Amy Stewart.  Comfortably trite and delightfully altruistic, our jail maiden slash police detective is battling the local establishment when it comes to locking up women dubiously charged with moral depravity.  Always a believer in a fair shake, Constance entertains with her pursuit of justice.  Stewart spends more time with the stories of some of the other characters-Florette, Minnie, Edna- which I really like.  Each could be their own novel.  This series is not getting old, and mystery lovers won’t want to miss this next installment. 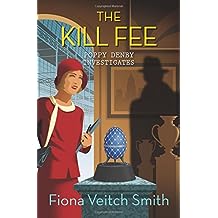 Poppy Denby delights in the second mystery of the series.  Journalist by day, detective the rest of the time, Poppy is now arts and entertainment editor at the Daily Globe, and covers a Russian art exhibit that puts her on the trail of a missing Faberge Egg.  Her hunt places her right in the middle of a sensational mystery, with Romanovs, White Russians and more.  The Kill Fee is a light, fun read, with entertaining characters set in the fascinating backdrop of London in the 1920s, perfect for a relaxing weekend or a long, rainy evening. 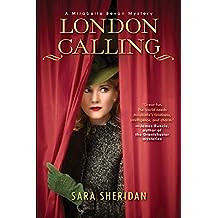 An underage debutante, Rose Bellamy Gore, is murdered at a “seedy Soho jazz club”, and the saxophone player, Linden Claremont, is arrested because he was the last person seen talking to Rose.  Linden is a friend of Vesta’s and seeks her help in clearing his name and finding out who actually did kill Rose.  London Calling  was an enjoyable read…if you like mysteries, you just can’t go wrong with Sara Sheridan’s novels!