The library will be closing at 1:00 due to the storm. We hope everyone stays warm and safe over the weekend!

Join us this Wednesday, April 9th at 7:00 pm for a special pajama storytime with Irwin Gratz of the Maine Public Broadcasting Network!  We’ll be sharing wonderful bedtime stories in a cozy environment. Wear your PJ’s, bring a blanket and a stuffed animal and settle in for some great stories with us.

Emaline has her life planned out, and now she’s just spending her last summer at home before starting a new life at college. Sometimes life doesn’t play by our plans, and sometimes it makes us want to change our minds. How much can life change over a single summer?

The Moon and More by Sarah Dessen

SYLO are a secretive branch of the US Navy, and they’ve quarantined an island in Maine due to a supposed virus outbreak. There’s a lot more that they aren’t talking about though, and this Maine island is only the first stop:

The day that people started developing superpowers many people looked to the news and the skies for the emergence of superheros. What they got instead were the Epics. They’ve got super powers, just like from the comic books, but there’s one thing they got wrong. There are no superheros, the Epics are all villains. When he was just a boy David saw his father killed by one of the most powerful Epics of all, Steelheart. But he saw something else that day, he’s the only person to ever see Steelheart bleed, and he intends to see him bleed again.

Here is a remarkable video that shows that everyone has a voice and can make themselves be heard. Many people have heard or are concerned about the privacy and rights of Americans and others in the wake of the NSA spying programs that have been revealed. This young man put together a video to state and share his views on the subject and put them out there for the world.

You could do the same, and we’d love to help! The Library has plenty of books on video techniques and even Flip Cameras that film in HD available for checkout. Drop by the library, or get in touch with one of our librarians online if you have any questions. We’re happy to be able to help, so don’t hesitate to ask us!

Here’s a great and short video clip created by a teen who wanted to share a great, and unique, study break with us all. Be warned, it may make you a little dizzy! 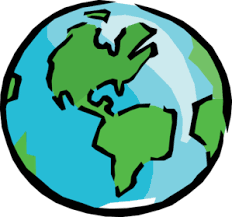 “Take Your Child to the Library Day” is just around the corner on Feb 1st, and we’re going to be making it a special one! We’ll be giving a free book to every child who visits the library that day, for as long as our supplies hold out. We’ll have crafts and games and other fun throughout the day as well, so come and join us for a wonderful “Take Your Child to the Library Day” on Saturday, February first!  Call us at 781-2351 for more details.

Join us for a special pajama storytime with our special guest reader, Kim Block. We’ll be sharing stories together on the evening of January 28th, at 7:00 pm.   We encourage everyone to get into the spirit and come dressed in PJs and to bring along a blanket or favored stuffed animal as we get cozy and settle in to listen to some wonderful stories together. You can call us for more information at 781-2351, and we hope that you’ll join us!

Here’s another great new way to find stories you can’t put back down. E-Volt is a young adult book Tumblr. Not only does it have great info on books, it pulls hot titles with great sale prices, so it’s a wonderful way to find good ebooks on great sales!

Check it out, and anything you find on there, the library can get you for free! Give us a call or drop us an email.

For those of you who are fans of The Fault in our Stars by John Green, you can get one of your first looks at it as an upcoming movie. The first movie poster has been released. You can see it here, or get the full-sized version direct from John Green’s Tumblr: http://fishingboatproceeds.tumblr.com/post/70390910135/the-poster-for-the-fault-in-our-stars-movie-has We’re happy to announce that we have laptops available for use in the library! These are Apple laptops, just like the ones used in Falmouth Schools. We’re happy to lend these laptops out for use while you’re visiting the library. (Sorry, no taking them home.)

For those of you under 18, you will need to have a parent or guardian fill out a form the first time (Or in advance), but after that we make it easy.

Of course we also have free wi-fi, places to plug in, and librarians on hand ready to help with research or troubleshooting. We’re always happy to help you get online.