The Girls in the Garden by Lisa Jewell

Lisa Jewell is a best-selling novelist from London, with thirteen books to her name.  I recently discovered her with the help of a colleague.  She has a new novel out, but while waiting for it, and itching for another thriller, I gave The Girls in the Garden a try.  The “garden” is in the center of a housing complex in London.  Families live in flats that surround a three acre park, rose garden and play ground.  Children grow up together, generation after generation, spending time as a “pack” in the park.  They are in and out of each other’s homes and parents don’t seem to worry about where they are until dark. We meet a few families:  Clare and her two girls, Grace and Pip, who recently moved in after Clare’s husband suffered a mental breakdown and burned down their house; Adele and Leo and their three home schooled children, plus Leo’s father Gordon;  Dylan, Tyler, Rhea, Mike… a good cast of characters.

The novel itself is a whodunit.  The “what done” is that Grace, age thirteen, has been attacked and left in the park.  Found by her twelve-year-old sister Pip, she is rushed to the hospital and remains in a coma.  The first half of the book is “before” and we get to know our suspects and guess at the who and why of this crime.  The second half is “after” and leads up to the reveal.  Turns out there are plenty of suspicious characters in this idyllic commune, all of whom seem capable of this atrocity, so, which one will it be…

Have you watched Broadchurch, the BBC police procedural?  There are two eight episode seasons out and a third on the way.  The Girls in the Garden has the same feel to it, and a similar group of people with potential for crime.  I enjoyed it and recommend it to readers who like a good page turner! 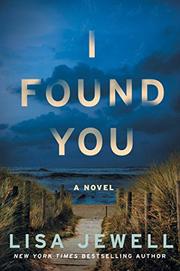 Now for Lisa Jewell’s newest release:  I Found You.  Here is a PAGE TURNER!

Alice:  a veritable woman at the well with three children from three different fathers, three dogs, a messy house and an art studio.  She discovers a man on the beach sitting in the rain with no memory of who he is or how he ended up on her stretch of beach. Handsome and intriguing you say?  Alice does and decides to give him a name (Frank), a place to say (her guest shed in the back yard) and some dry clothes (from her exes).  She feeds him and tries to help him regain his memory.

Lily: a 21-year-old newly wed from Kiev whose older husband Carl has disappeared.  The police don’t believe Lily when she says he is a missing person.  Lily searches for him with the help of one of Carl’s drinking buddies, Russ.

Kirsty and Gray:  Two teenage siblings on vacation with their parents 20 years earlier meet a charming or smarmy–depending on where you are in the book– guy named Mark.  Mark is staying with his aunt for the summer on her estate and quickly takes a shine to Kirsty.  His shine becomes a bit of an obsession.

You know from the beginning that these characters are all interconnected, but how? Things pick up steam as the book progresses.  I was sorry to have 20 pages left late at night and not be able to stay awake to finish…but it was a highly satisfying early morning finale.  My take:  even better than The Girls in  the Garden.